Why was Len awarded the Military Medal? 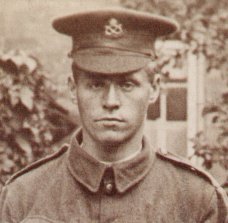 For about 15 years, I’ve been trying to find out why my great-uncle, Isaac Leonard Williams (known as Len), was awarded the Military Medal. The medal is still with the family, but there is no accompanying citation. I have been unable to find anything to shed any light on this. All that is known is that the medal was awarded posthumously. He was killed in action at Delville Wood on 29th July 1916 and the award of the medal was announced in the London Gazette of 19th February 1917 (issue 29953, page 1761).

The seventh month gap between his death and the announcement of the award, made me think that the award could relate to whatever he died doing. However, there was no mention in the Battalion War Diary (at The National Archives – ref. WO 95/1362) for the time of any awards being recommended, nor was there anything in the local newspaper around the time of his death or when the London Gazette appeared.

The Battalion War Diary does contain an account of a raid on the night of 29th May 1916, which the Battalion Commander, Lt Col R W Morgan DSO ends with singling out 2/Lieut S Caldwell for special recognition. He mentions Caldwell’s coolness and organisation at the point of attacking an enemy trench. He also comments that “in this he was well backed up by the two Non Commissioned Officers whose names I also forward for reward”.

I strongly suspect that Isaac Leonard Williams was one of those NCOs, although it is likely to be impossible to prove conclusively.  If only Lt Col Morgan had actually included their names in the war diary.  Sadly, although officers are routinely mentioned by names, other ranks are rarely identified.

Isaac Leonard Williams was one of six soldiers from the 2nd Battalion South Staffs Regiment who were awarded the Military Medal in the London Gazette of 19th February 1917.  The others were:

I suspect that Sgt Wilkes was the other NCO referred to in the report of the raid of 29th May 1916. Maybe if I try to research his service, it will shed some light on my great-uncle’s award.

The officer recommended for award, 2/Lieut Stanley Caldwell received the Military Cross on 24th June 1916 so rather more quickly than the NCOs received theirs (assuming I am correct about their awards all being for the same raid). Lieut Caldwell was from the 4th Battalion but attached to the 2nd Battalion.  His citation reads: “He commanded one party in the assault, made his way through strong wire, bombed several trenches, and saw all of his men out before leaving the enemy’s trench. He showed great coolness and initiative” (taken from: Honours and Awards: The South Staffordshire Regiment 1914-1918 by JCJ Elson).

Isaac
Neglecting to support a wife