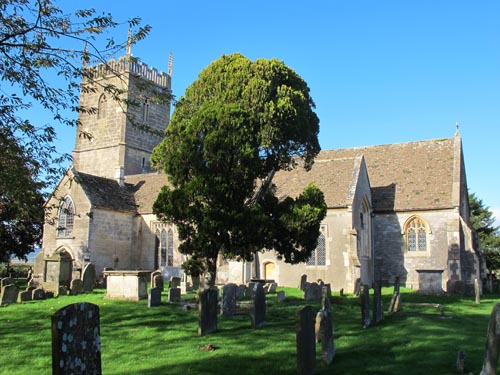 At the time of the marriage, Stephen was listed as being “of Frampton”, although he actually seems to have been born in Siston, where his parents, Isaac and Joanna (née Pool) were also born, and his grandfather, also called Stephen.

It looks as if the couple began their married life at Frampton on Severn, Gloucestershire as their first child, Betty, appears to have been christened there in 1779. Their next four children, Isaac (born c. 1780), Joanna (born c. 1782), Charlotte (born c. 1783) and James (born c. 1785) were also all baptised at Frampton. Frampton was home to the wire and iron works at Fromebridge Mill, owned by the Purnell family of Dursley and whose Fromebridge Company was a major industrial concern by the 1770s.

By 1787, Stephen and Sarah Summerhill had moved a couple of miles away to Saul, Gloucestershire, where their children Isaac (born c. 1787), Mary Ann (born c. 1790, died 1791) and Stephen (born c. 1792) were baptised. The youngest son, Stephen, married Ann Niblett in 1811 at Saul. Ann is described in the marriage entry as being of Fretherne.

Stephen and Ann Summerhill appear to have remained in Saul until about 1822, although a check of the parish registers has failed to reveal a baptism for their eldest child, Charlotte who, according to census returns, was born in Saul in about 1814. The couple seems to have stayed in Saul until at least 1822, when their daughter Lucy was baptised. At this time, Stephen’s occupation was listed as a ‘melter’ (presumably at Framilode Mills, iron, tinplate and brass works, which were also owned by the Purnell family of Dursley). The Victoria County History notes that Purnell’s offered Framilode Mills to let in 1824, which may have prompted the Summerhills to move as it was sometime between 1822 and 1825 that they moved to Staffordshire..

By 1825, Stephen and Ann Summerhill had moved 64 miles to Tipton in Staffordshire. Then, by 1832, they were in Bilston, moving to Wilden, Worcestershire by 1841, to Wolverhampton by 1851 and to Farfield, Kidderminster by 1861.

The Summerhills appear to have had a long association with Wilden. An obituary for Fanny Williams, Stephen and Ann’s grandaughter, who died in Wilden in 1935, notes her connection with the Summerhills. The paper reports “the village has been home to members of this [Summerhill] family for more than 150 years.”

I am struggling a little to unpick all the Summerhills (with variant spellings such as Summerill, Somerell, as well repeated use of the same favourite first names), but it does seem that the family moved around between a handful of South Gloucestershire parishes, just to the north of Bristol. Given the Framilode Company’s ownership of a number of iron, wire and brass works in the area, it’s possible that the Summerhill family’s movements around neighbouring parishes could have been linked to movement between the various mills.