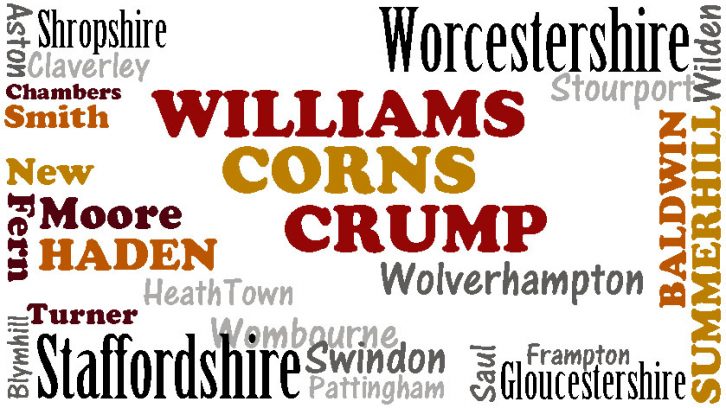 With the names Williams, Jones and Smith in the family, it’s perhaps no surprise that I’ve made better progress with one of the more unusual names in my tree – that of CORNS.

It’s obvious how the names Williams, Jones and Smith have developed but Corns is rather less obvious. I was thrilled when I came across indications that it’s a variation of ‘Cornish’ and denotes origins in Cornwall. I’ve been thwarted in attempts to discover Welsh ancestry on the Williams and Jones lines so was delighted to discover that at least part of the family apparently has its roots in Cornwall.

However, this may now be dashed as I’ve just come across something that suggests the name Corns has the same type of patronymic origin as Williams and Jones – that is, ‘son of Cornelius’. I think I shall stick with the Cornish idea until I get more compelling evidence for Cornelius!