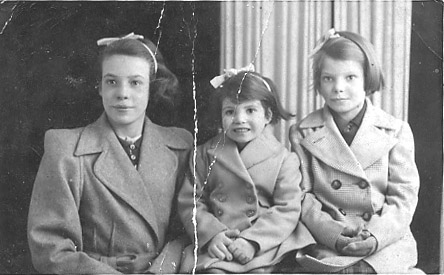 On census returns, George CRUMP gives his place of birth as Wolverhampton and he seems to have been born about 1803. However, as yet, I have been unable to trace his baptism or marriage.

George apparently married Mary Ann BIRD (based on the mother’s maiden name on their child’s birth certificate). This may have been his second marriage as there is an age difference of about 10-12 years between them and it’s possible that some of the co-resident children on the 1841 census are George’s children from a previous marriage. However, they could also be George’s siblings or other relatives. If only relationships were given on the 1841 census!

I believe George Crump and Mary Ann Bird to be the parents of my 2x great-grandfather, Henry Crump, born in Wolverhampton about 1833. I haven’t been able to trace Henry’s baptism but I have the birth certificate of his brother, Charles Crump, born in 1838 which gives his parents as George Crump and Mary Ann Bird and I have the baptism in 1836 of Henry’s sister Sarah, which gives her parents as George and Mary Crump. In the absence of any information to the contrary, I’m working on the basis that Charles’s (and Sarah’s) parents are the same as Henry’s. Henry’s marriage certificate names his father as George Crump.

Hopefully, the release of Staffordshire parish registers on Find My Past (due later in 2014) will help untangle this. There is a George Crump, born in Penn, but this seems to be a different individual.