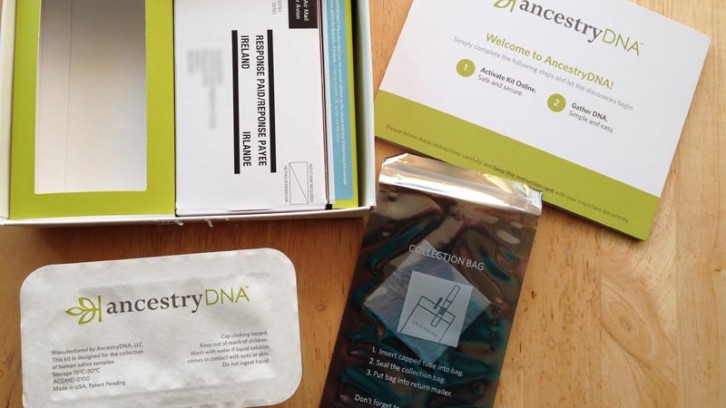 No real surprises, apart from the 19 per cent Irish, as my research so far (117 direct ancestors over 11 generations) hasn’t brought up anyone born in Ireland, nor indeed anyone born outside England. I haven’t yet found the Welsh ancestry I was promised, although my Williams and Jones lines are back to Shropshire c. 1800 so I’m optimistic that really is a Welsh link somewhere. The Welsh borders may be the closest I can prove, though.

Of course, I do have a lot of ancestors missing from my tree as I haven’t yet been able to trace them in documentary records. Although I know details of all four of my grandparents, eight great-grandparents, and 16 2xgreat-grandparents, I am missing two 3xGGP, 35 4xGGP, and even more as I go further back. I only have:

I guess the Irish link could be somewhere amongst these missing names, or even amongst those 117 people I have but whose details aren’t fully known. Of course, there is always the possibility of a “non-paternal event” (i.e. where an apparently legitimate child actually has a different biological father from the one recorded on the child’s birth certificate).

This is where I’ve found the AncestryDNA results useful so far – just to confirm that there is a biological relationship, validating the research already carried out via documentary sources.

For example, through the usual Ancestry hints on online trees, I was contacted a few years ago by Bill, a previously unknown second cousin once removed, living in the USA. Bill was able to fill in some gaps in my tree from paperwork in his family. Our shared ancestors turned out to be my 2x great-grandparents, who were Bill’s great-grandparents. One of their daughters – my great-grandfather’s sister (Bill’s grandmother) – emigrated to the USA in 1913.

When I got my AncestryDNA results back, the highest DNA match with others in the company’s database was with my cousin Bill – identified by Ancestry as a potential 2nd or 3rd cousin. Other members of his extended family in the USA are also listed in my closest matches, as 3rd or 4th cousins. This presumably, means that we can all be confident that there are no “non-paternal events” in the direct lines between us and our shared ancestors.

The challenge is in some of the other extremely/very high confidence DNA matches that Ancestry has thrown up – there are 25 potential 4th cousins or closer – many of whom appear to have no connection with my tree so far.