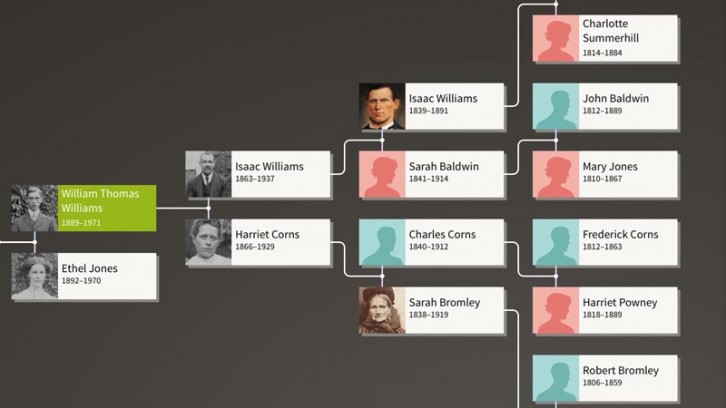 Receiving my AncestryDNA results prompted me to look again at family history research relating only to my direct ancestors. I had thought I was doing quite well – with one line going back ten generations to my 8x great-grandparents. However, because of the doubling of numbers at each generation, we all have mind-bogglingly large numbers of direct ancestors.

Of my potential total of 2046 ancestors over ten generations, I know the names of only 119 of them, or just under six per cent. Twelve of these are women whose maiden names I don’t know. However, as regards autosomal DNA (measured in the AncestryDNA test), going further back than my 4x great-grandparents, from each of whom I’d expect to have 1.56 per cent of my DNA, will make it increasingly unlikely that I have inherited any DNA from a specific ancestor.

My eight great-grandparents (from each of whom I should have inherited about 12.5 per cent of my DNA):

My 16 2x great-grandparents (from each of whom I should have inherited about 6.25 per cent of my DNA):

The missing two names are the parents of Thomas Jones, who was born in Ellesmere, Shropshire c. 1804 (there are four baptisms of a Thomas Jones there between 1803-1806).

I only have the names of eight of my 128 5x great-grandparents, from whom I’d expect to have inherited 0.78 per cent of my DNA.