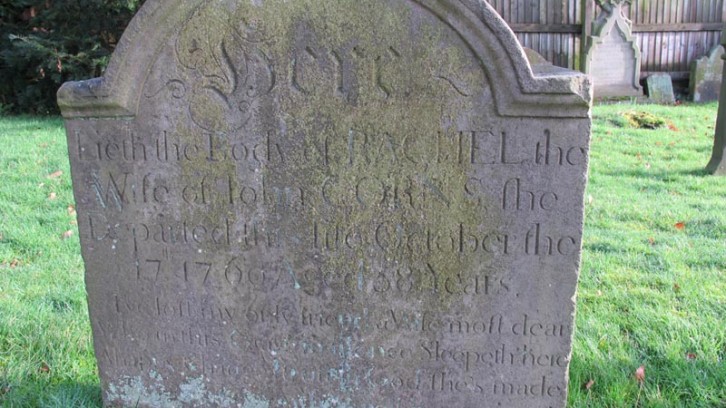 The marriage of Richard CORNS and Ann CARTWRIGHT on 1st December 1700 is the first time the name CORNS appears in the Wombourne parish registers.

Where Richard came from and why he moved to Wombourne, is unknown. Ann gave birth to twins, Hannah and Mary, in May 1701 but the children died within 2 days of birth. Richard and Ann went on to have 8 more children, the last two of whom were also twins, Jane and Esther but, again, both died as infants.

Today, Corns is a fairly common name in Wombourne village and, as far as I can tell, most of these families trace their ancestors back to either Richard and Ann Corns or to Daniel and Mary Corns.

Daniel gives his place of birth on census returns as “Orkney, Shetland” and his first child seems to have been born in Wombourne about 1836. Information from a fellow researcher (Dennis Wood) is that Daniel was actually the son of Edward Corns and Sarah Penson (who married in Wolverhampton in 1802).

Daniel was born c.1810 in Fort Charlotte, Orkney where his father, Edward, was apparently manning a garrison. Edward was himself from Wombourne, having been baptised there on 3rd March 1783 and was the great-grandson of Richard and Ann. Thus, it would seem that all the Corns families in Wombourne today are descended from Richard Corns and Ann Cartwright.

Corns family members seem to have been largely nailers and stayed in the Wombourne area, although Frederick Corns appears on the 1851 census as a gardener in Belbroughton, Worcestershire. From the baptisms of his children, it seems the family moved from Wombourne to Belbroughton sometime between August 1842 and June 1845, returning to Wombourne sometime between April 1853 and April 1856.

I hope this helps!