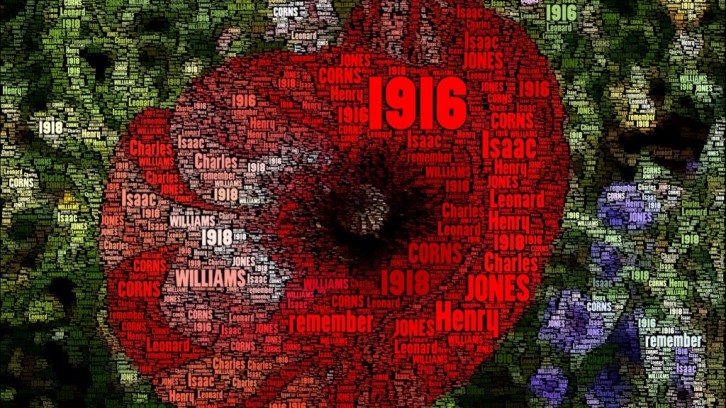 Henry Jones was born in Pattingham, Staffordshire in June 1880 and was the eldest child of Samuel Jones and his wife Sarah Ann (née Smith).

By the time of the 1901 census Harry, as he seems to have been known, was 21 and living with his parents at Daddenhall Hill, Pattingham, whilst working as a carter on a farm (agricultural horse worker).

He seems to have joined the South Staffordshire Regiment as a Private in 1915. His regimental service number was 19621. As conscription was introduced with the Military Services Act 1916, which came into force on 2nd March 1916, he must have joined voluntarily.

It appears that his service record was one of those destroyed by bombing in the Second World War so the only information known is that recorded on his medal card. He first entered a Theatre of War on 13th December 1915, which made him entitled to a 1915 Star, as well as the British Medal and the Victory Medal. The whereabouts of his medals (the set was commonly called “Pip, Squeak, and Wilfred”) is not known.

He enlisted in Lichfield and was serving with the 1st Battalion, South Staffordshire Regiment, at the time of his death, which was the first day of the Battle of the Somme, 1st July 1916. This one day saw approximately 58,000 British Army casualties, with some 19,000 of these being killed. The 1st South Staffords was fighting as part of the 91st Brigade of 7th Division, with orders to clear the high ground, capturing the enemy’s first and second trenches, as well as the village of Mametz. The Long, Long Trail website has a detailed description of the capture of Mametz.

The Battalion War Diary at the National Archives (TNA) (ref.: WO95/1670) is now available to download from TNA (cost £3.30) and gives a gripping account of how the 1st Bn South Staffs was deployed. The battalion moved into battle positions at 9.30pm on 30th June 1916, before the attack was launched at 7.30am. The battalion initially pushed forward successfully and with few casualties until they arrived at Mametz, when they needed reinforcements to combat the strong enemy presence. By the time the objectives had been reached, at about 7.40pm, four officers had been killed, one officer had died of wounds, five officers were wounded, and 300 other ranks were casualties. The survivors carried on holding the position, despite being shelled, until the battalion was relieved, under very heavy shell fire, at 9.20pm on 5th July.

Harry Jones of Pattingham has no known grave and is commemorated on the Thiepval Memorial to the Missing of the Somme. Altogether, there are over 72,000 officers and men listed on the memorial.

There’s no known photograph of him so, if you know of a picture, please let me know.