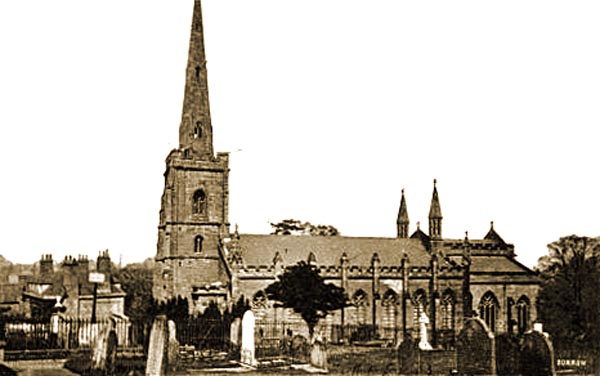 The first trace I have of James HADEN  is on the 1851 census, at which time he was aged 20 and living with his sister, Mary, and her husband, Henry HAYWOOD, in Grove Street, Heath Town, Wednesfield. He appeared to have been born around 1832 in Old Swinford, Staffordshire.

By 1861, James had married Harriet Mary GELL (alias HENSTOCK) and was still living in Grove Street, a few doors away from Henry and Mary Haywood. It was this link with his sister, Mary, that enabled me to trace James’s ancestry, as I realised the family name was recorded as YEADON before this point, and this was the name under which Mary married Henry Haywood.

James was buried, aged 69, on 28th January 1901 and it’s known that some of James and Mary’s grandchildren spent time in the Cottage Homes at Wednesfield. These were built in 1889 to house children who would otherwise have been in the workhouse.

I’ve blogged about the difficulty in finding a marriage for James and Mary, as well as tracing James’ ancestry back to William Yeadon, a watch- and clockmaker in Old Swinford.