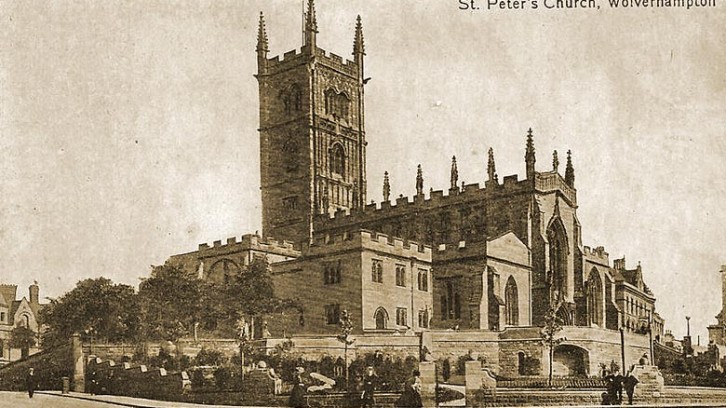 Joseph MOORE and Elizabeth COOK married on 25th December 1824 at St Peter’s church, Wolverhampton. The 1851 census shows them living in Wednesfield, Wolverhampton, with Joseph recorded as a miner. Elizabeth is listed as being born in Wolverhampton but Joseph’s birthplace is given just as Warwickshire. He had died by the time of the 1861 census so it’s unlikely that I shall ever be able to prove his exact place of birth.

Now that the Warwickshire parish registers are available on Ancestry, there is a potentially interesting baptism of a Joseph Moore in Nuneaton, 1804. This was a coal mining area, so seems a reasonable speculation.

Joseph and Elizabeth seemed to have moved from Wolverhampton to Heath Town (Wednesfield Heath) between 1836 and 1841.

Their daughter, Selina Moore, gave birth to two children in Heath Town 1867 and 1870, prior to marrying Timothy FERN in 1873 and having nine more children. One of these children, also called Timothy Fern, died in 1906, aged 24, as a result of drowning in the canal.

From information supplied by fellow researcher Margaret Redfern, it seems that Timothy Fern (senior) is likely to be the father of the two children born to Selina before she married. Her first child, Henry MOORE, is not living with her on the 1871 census but, aged three, is living with Timothy Fern’s parents in the same street as Selina and her new-born daughter, and he is recorded on the census with their surname of Fern, and listed as their grandson.