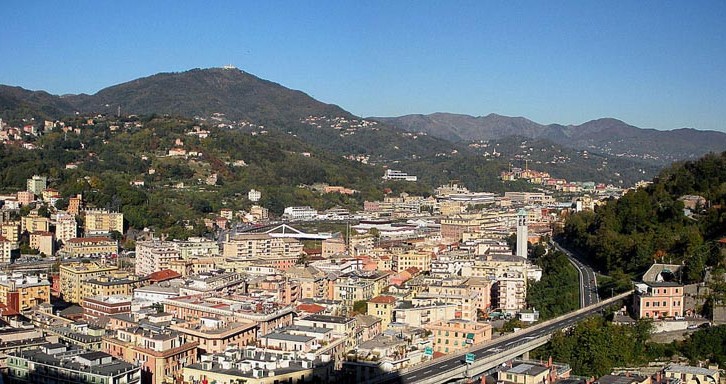 I came across Jonathan via a suggested link on the Ancestry website and became intrigued because of his interesting birth in Italy, which is unusual in a family of ordinary iron workers. I was also interested by his middle name of Williams, as I thought this could also indicate another family link.

He seems to have been one of 10 children born to William Henry Summerhill and his wife Sarah Ann (née Armstrong). William was born in Lanarkshire, Scotland after his father moved from his own birthplace in Worcestershire to Staffordshire (c. 1851) to Wales (c. 1861) and then to Scotland c. 1864, where the family worked in one of the many ironworks in Coatbridge.

William lived in Scotland until at least the age of 17, and then appears in Shropshire, where he married at Madeley in 1884 and where his eldest two children were born in 1887 and 1889. It’s not clear where he worked, as the likely candidate, Old Park ironworks (set up in 1790 and the second largest in Britain by 1806) closed in 1877 when the Wellington Iron & Coal Co. failed.

His next two children, Jonathan Williams Summerhill and James Herbert Summerhill, were born in Bolzaneto, Genoa, Italy in 1892 and 1895 respectively, although their Italian birth certificates indicate the parents lived in Oakengates, Shropshire. Henry’s occupation seems to be given as “laminator”. It seems as if Bolzaneto changed from an agricultural hamlet into an industrialised centre in the late 19th century, so it would appear likely that Henry Summerhill and his family moved there to help establish the iron industry.

By 1901, William Henry Summerhill and his family were back in England and living in Workington, Cumbria.  They movde to Stockton-on-Tees by 1903 and then to West Hartlepool by 1911, where Henry was working for the Durham Steel Company as a Plate Roller. Jonathan was a shop assistant at this time, aged 19, living with his parents, and working for the Maypole Dairy Co.

It seems the family was still in Hartlepool c. 1920, although William’s wife, Sarah, had died by this time. Jonathan Williams Summerhill died in 1915 and is amongst the 1,545 names commemorated on the West Hartlepool War Memorial (panel 11).

It seems that Jonathan’s war service record was one of the many destroyed by bombing in the Second World War. All that I have been able to discover is his medal card, which indicates he served as a Private in the Cameronians (Scottish Rifles) and first entered a theatre of war (France) on 11th July 1915. The Cameronians regiment was known to have strong links with Lanarkshire, which is where Jonathan’s father was born and grew up.

Jonathan died on 25th September 1915, after little more than two months at the front. He is commemorated on the Loos Memorial, and was awarded the “Pip, Squeak and Wilfred” set of medals – the 14/15 Star, British War Medal and Victory Medal.

AN OFFICER’S TRIBUTE
The following letter from Captain W.H. Renwick has been received by Mrs Summerhill, of 39, Stockton-road, with reference to her son, Private J.W. Summerhill, of the 10th Scottish Rifles: I have made careful inquiries about Private Summerhill, and I find he was wounded on the 25th September, fighting well in the great attack. It is difficult to say what followed, as the wounded were being picked up by all sorts of troops and taken back along various roads. He was not found by our regimental stretcher-bearers, and at least his body was not found by any burying party that I have heard of. He might quite well be in hospital without our knowing of it, and as his wounds were certainly severe he might not be able to write to you yet. I hope you will get good news of him. He was too good for us to lose sight of. I always counted him a really good soldier, and respected him as such – that is the best praise he could possibly have from anyone. I regret exceedingly that I have so little to tell you, but our casualties have been so heavy that it has been impossible for us to trace many of our men as yet. – I am, yours sincerely, W.H. Renwick, Captain.