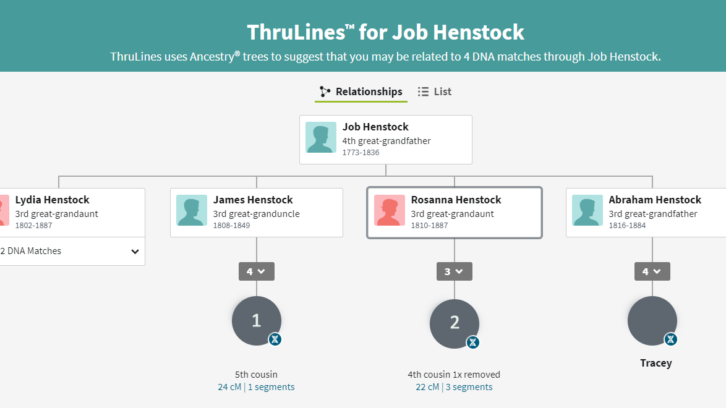 Tracing the Nottinghamshire birth of Mary, wife of James HADEN (1831-1901), has proved to be very difficult. It would have been easier had the new versions of the General Register Office birth indexes (which give the maiden name of the mother from 1837) been available to search earlier.

Several years ago, I purchased a birth certificate for my great-grandmother, Ann Haden (1872-1956) and found that her mother’s name was given as Mary Haden, formerly HENSTOCK. However, as mentioned in a previous post, there was no trace of a Haden-Henstock marriage but a likely Haden-Gell marriage at the right place and the right time turned out to be the correct one. It turns out that neither Mary nor Henstock were the names under which she was baptised!

Fellow researcher, Jacky, found that Mary Haden (presumed née Henstock) was actually baptised in Alfreton, Derbyshire on 18th August 1836 as Harriet GELL! The baptism entry lists only her mother, Elizabeth GELL, indicating that the child was born out of wedlock. Elizabeth’s abode is listed as “Summercotes.”

GELL was the maiden name of Harriet Mary’s mother, Elizabeth, who married Abraham HENSTOCK at Alfreton parish church on 25th December 1836, four months after her daughter was baptised there. Harriet Mary, who appears to have been baptised as Harriet but known from a young age as Mary, is then listed on census returns under the surname HENSTOCK. This was also the name she gave as her maiden name on the birth certificates of most of her children.

It looks as if the family lived in Somercotes, Derbyshire, which is close to the Nottinghamshire boundary and may explain why census records consistently give Nottinghamshire as Harriet Mary’s place of birth, although the baptism took place in Derbyshire.